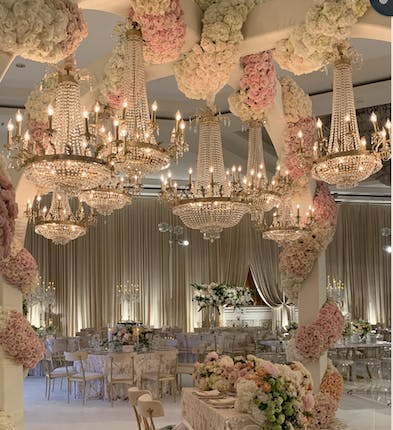 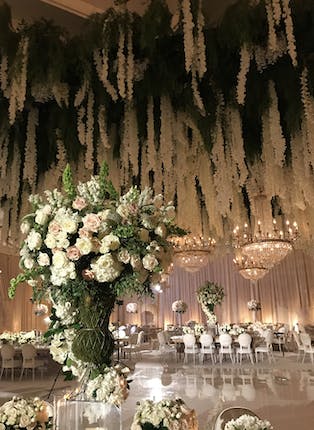 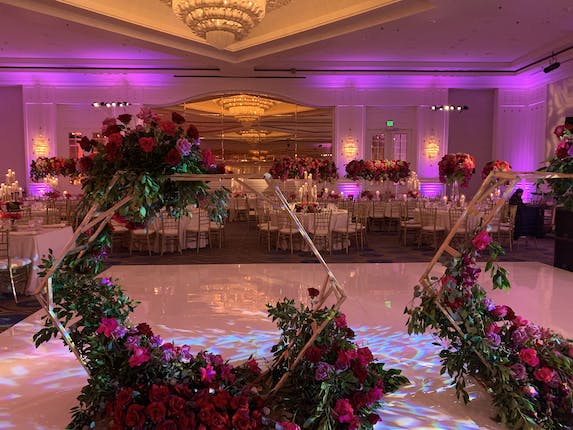 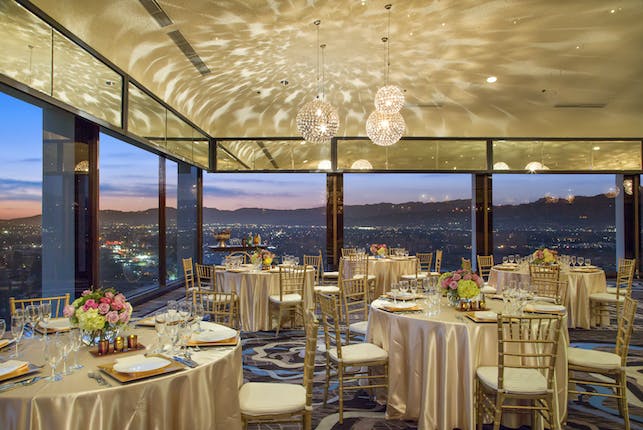 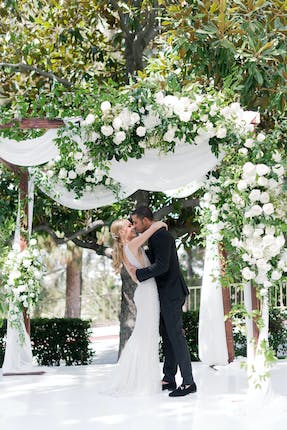 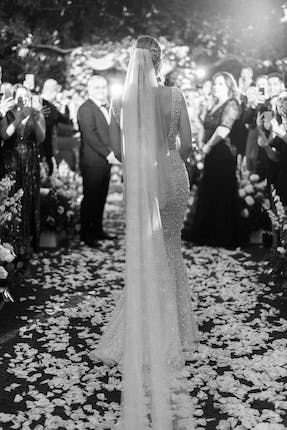 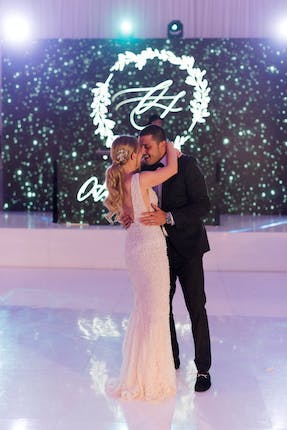 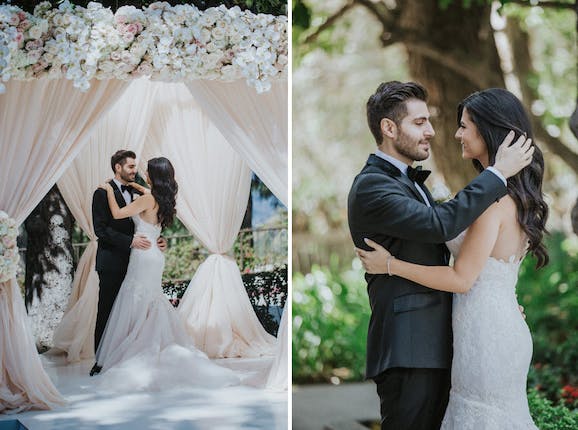 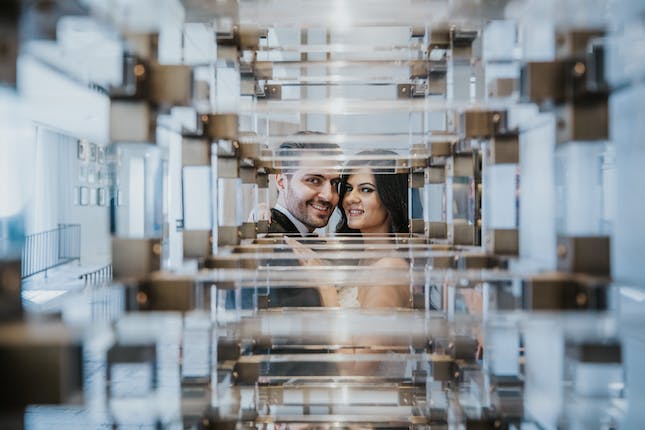 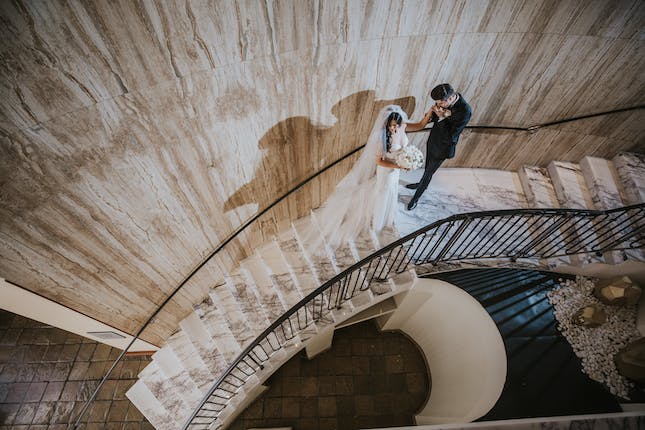 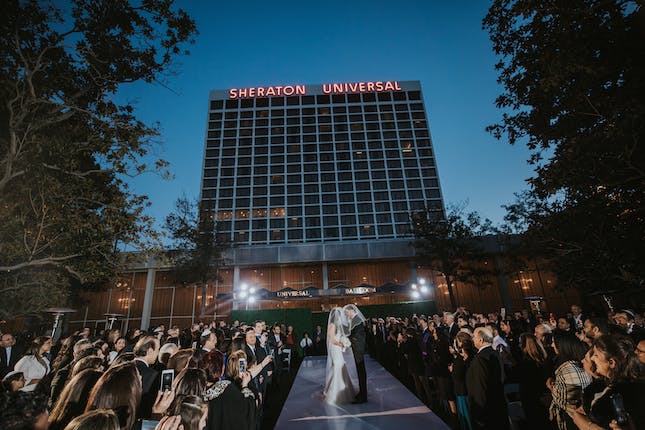 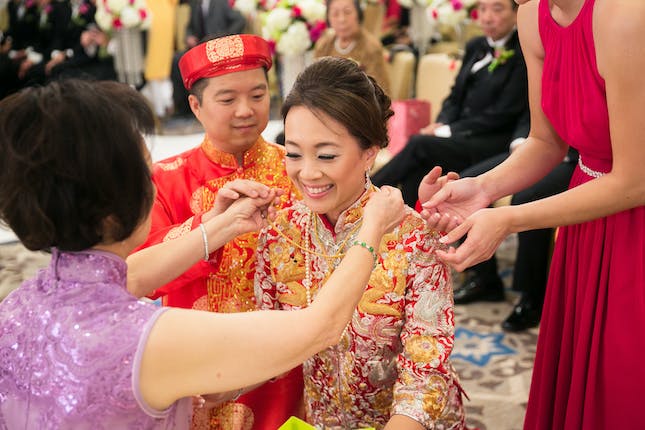 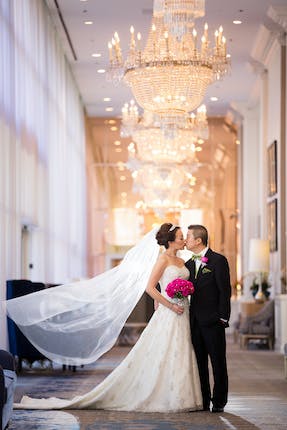 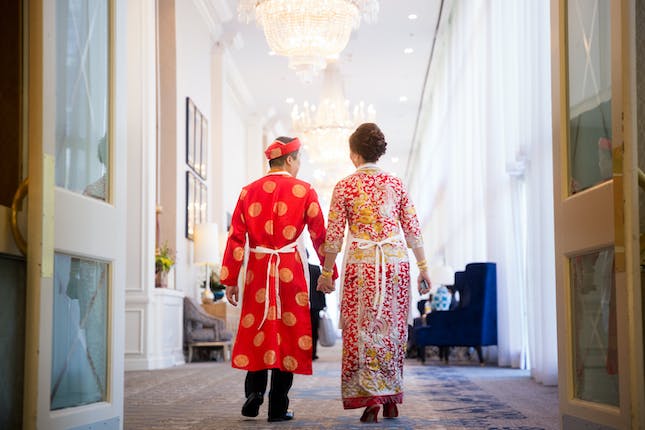 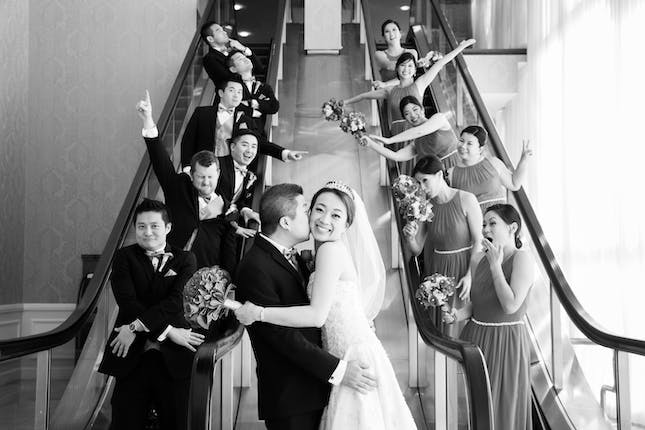 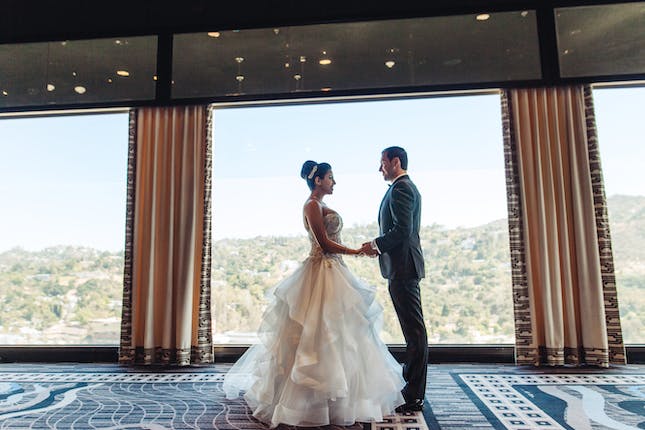 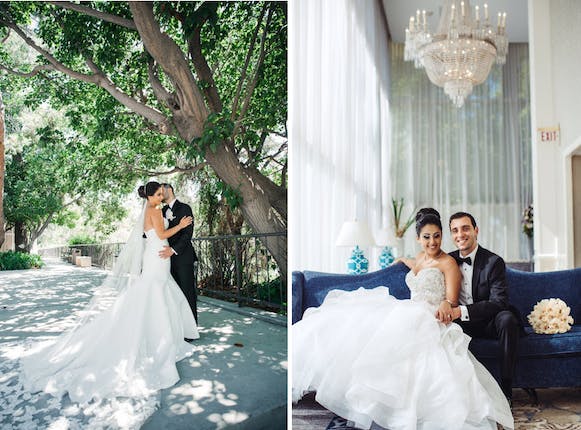 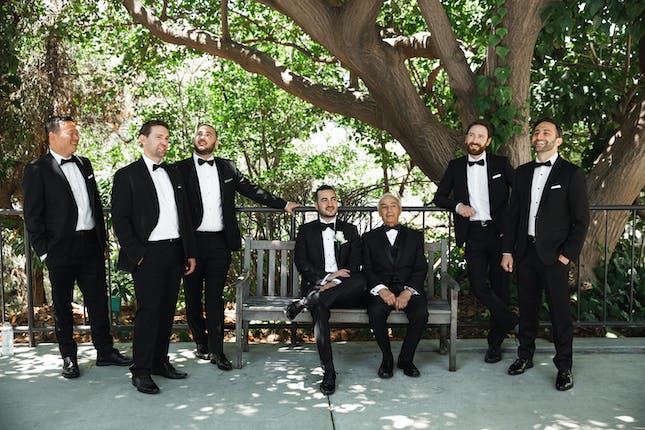 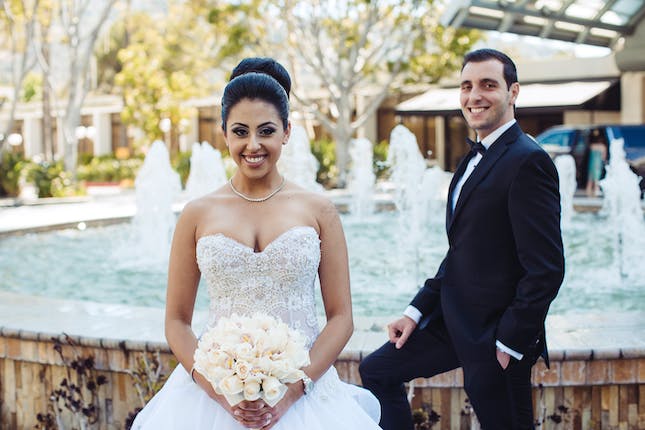 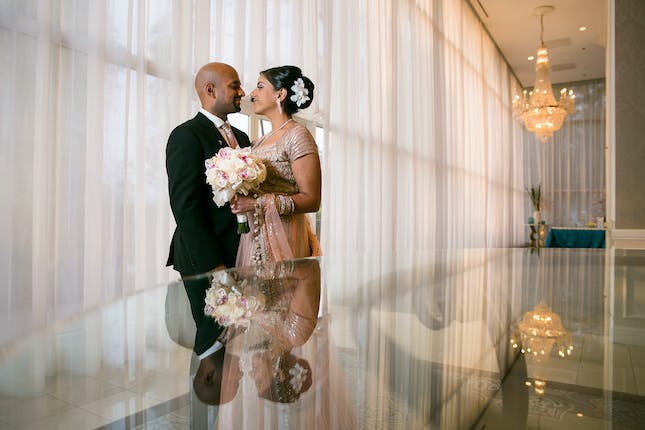 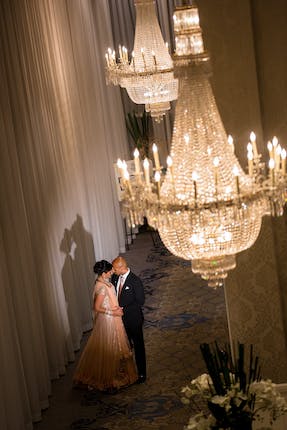 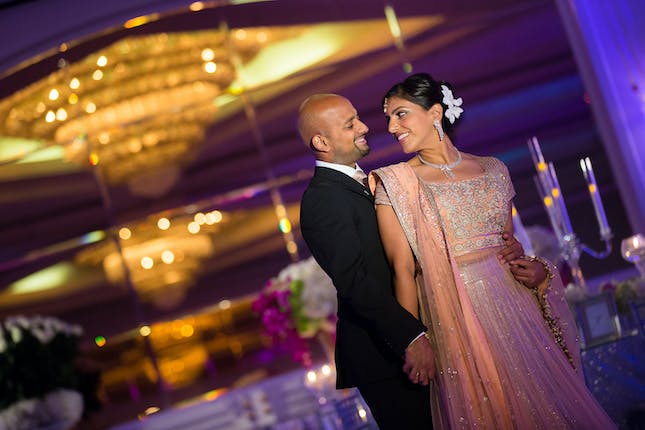 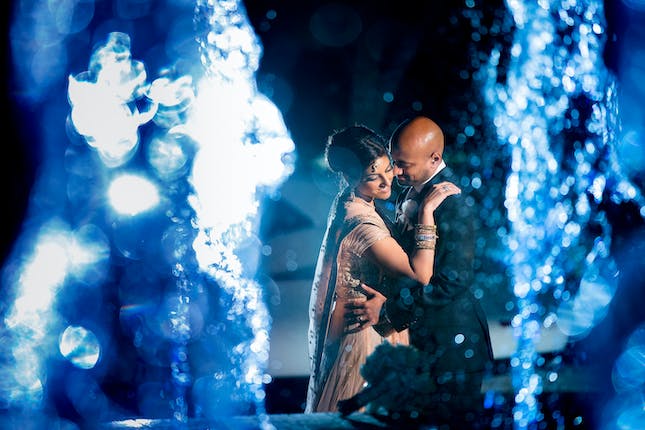 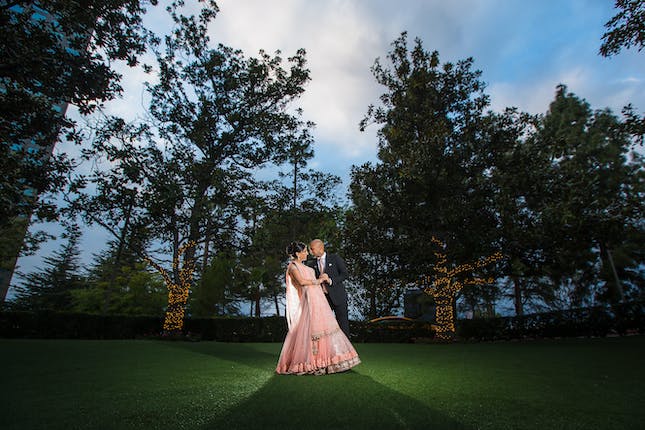 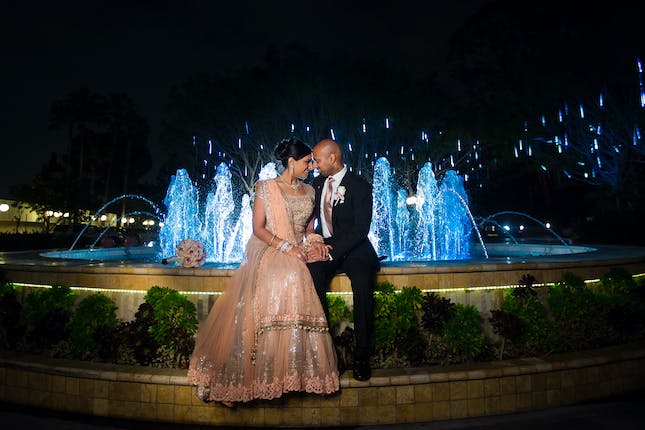 We'd love it if you would mention that you found Sheraton Universal on the Here Comes The Guide website.

A gleaming tower that rises up from the back lot of famed Universal Studios Hollywood, the Sheraton Universal has provided a swank place to stay for an impressive roster of actors and actresses. Celebrity patrons have earned it the nickname "The Hotel of the Stars," and a similar moniker could be applied to its most spectacular wedding spot—the Starview Room on the 21st floor. In this case, however, "The Wedding Site of the Stars" derives its sparkle not from Hollywood's brightest, but from the heavenly bodies glittering in the night sky.

A botanical haven, the Starview Room is a glassed-in aerie with wraparound views of the Hollywood Hills and the San Fernando Valley as far as the eye can see. At night, twinkling lights in the ceiling compete with the great L.A. Basin light show.

If a sky-high perch isn't what you had in mind, the first floor offers a series of handsome banquet facilities, starting with the Grand Ballroom. It features rich woodwork, beveled mirrors, sparkling chandeliers, and carpeting in subdued shades of taupe and ocean blue. The Ballroom's foyer—aptly named the Great Hall—is a terrific prefunction space, with six crystal chandeliers and floor to-ceiling windows framed in flowing, sheer white fabric. They overlook a garden ringed with magnolia trees. You can tie the knot in the Grand Ballroom, although some couples prefer to have their ceremony outside in the garden.

There are several other spacious banquet rooms, all with a similarly refined décor. And for a small wedding, you might want to reserve the Terrace Room, which opens onto a terracotta patio next to the pool.

The Sheraton Universal offers a full range of gourmet menus that can be customized for each client—and it's one of the few event sites in L.A. that can provide glatt kosher catering. As we discovered, there's a great deal of choice and flexibility here, and this is one place where the sky is, quite literally, the limit.

We play nice. We promise never to share your info with anyone except Sheraton Universal.

Thanks! Your email to Sheraton Universal is on its way!