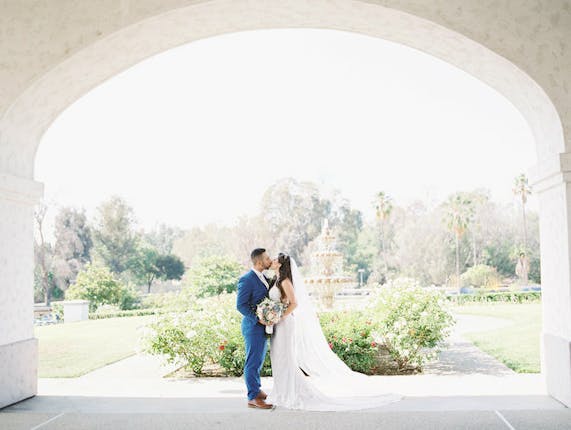 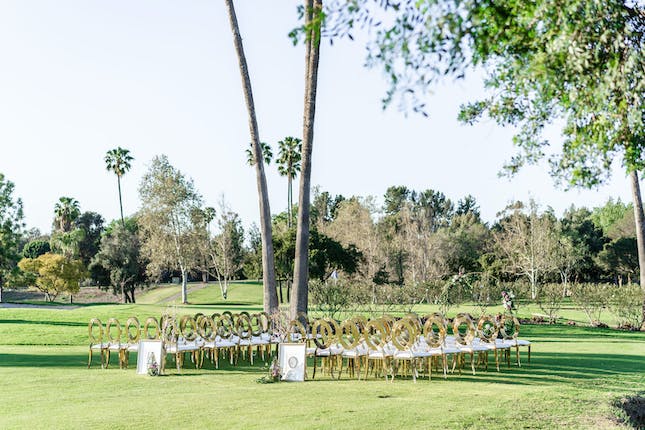 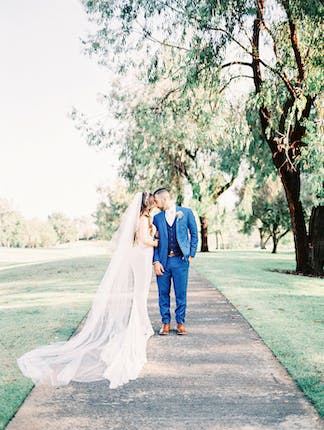 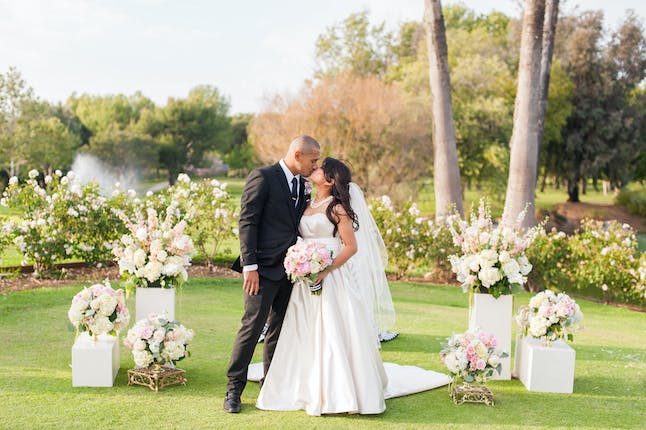 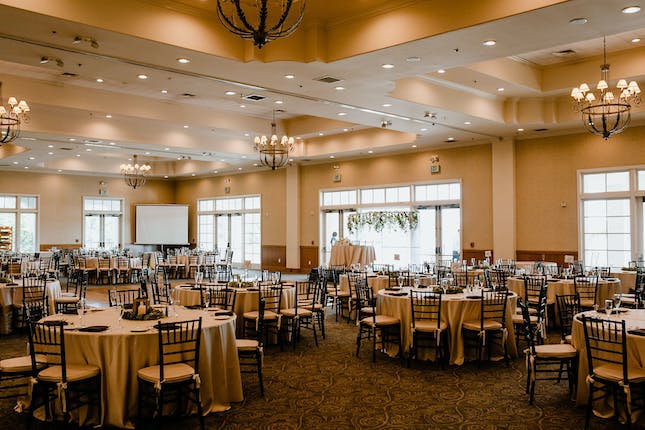 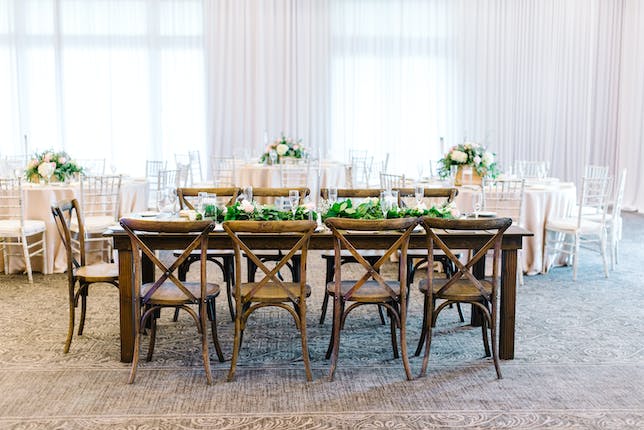 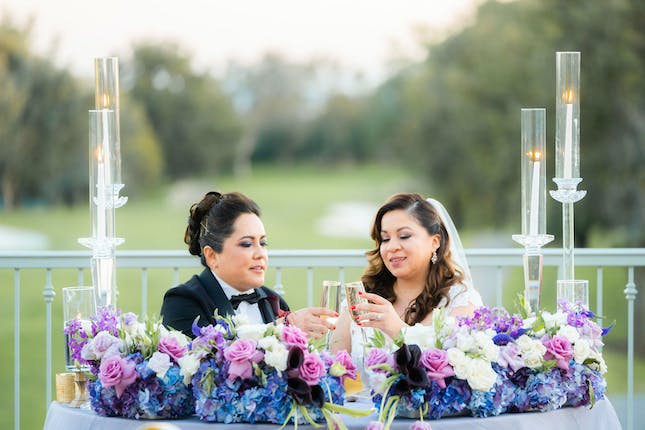 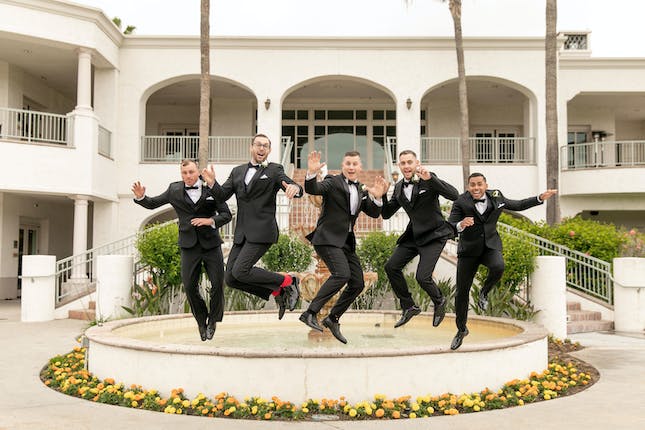 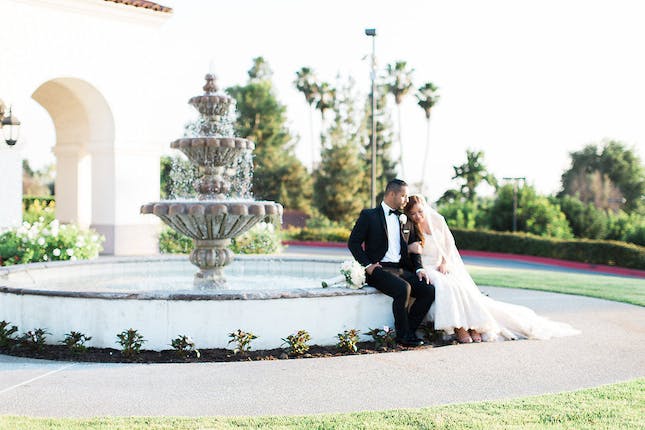 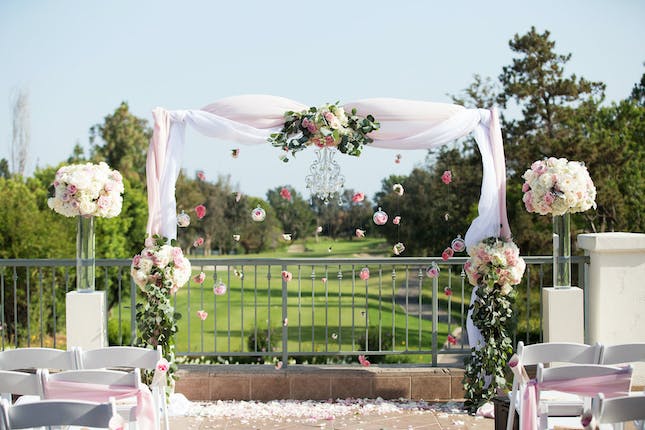 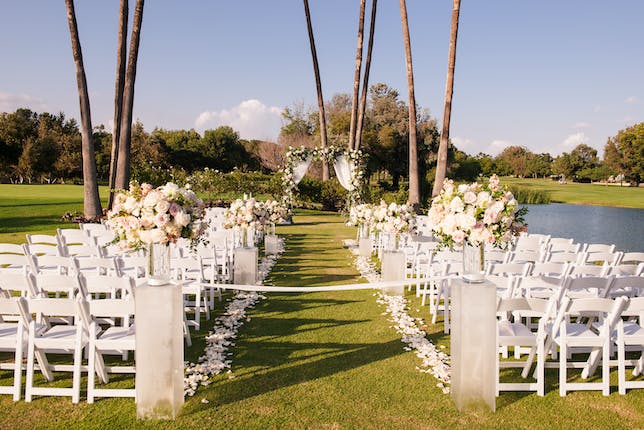 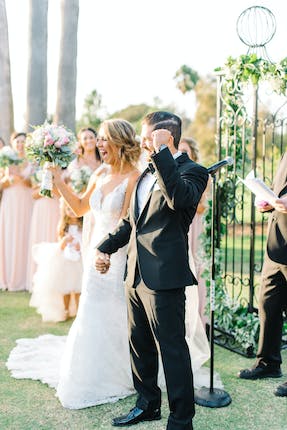 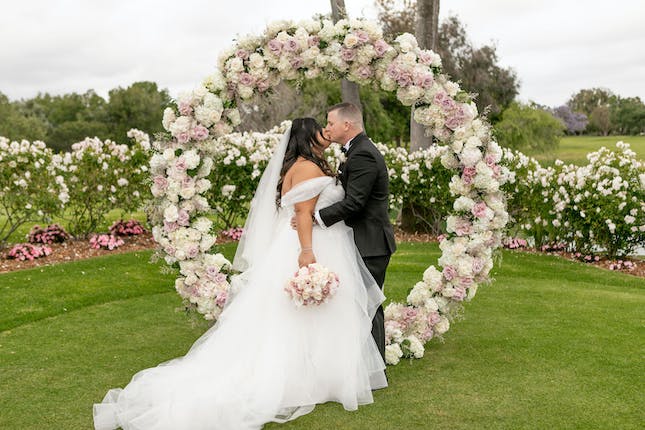 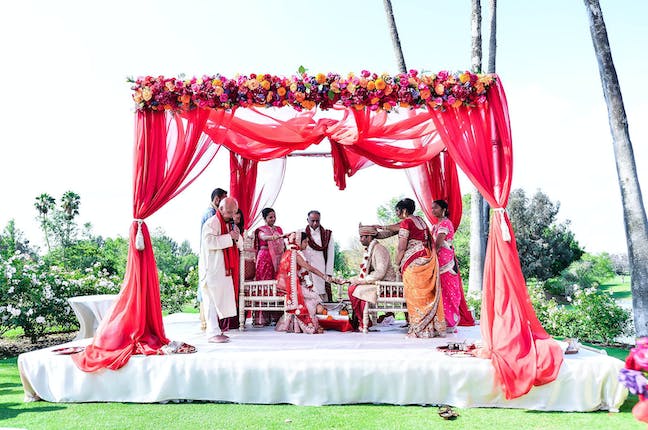 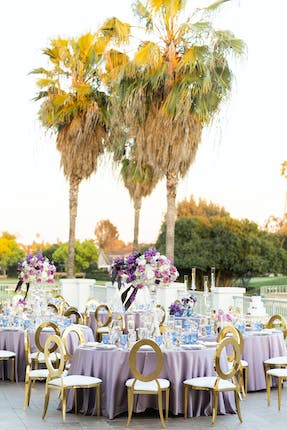 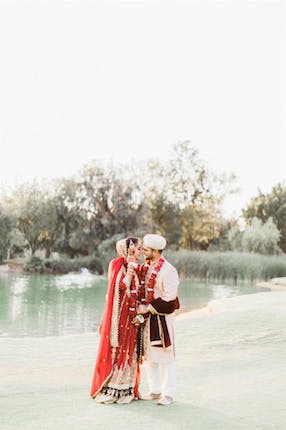 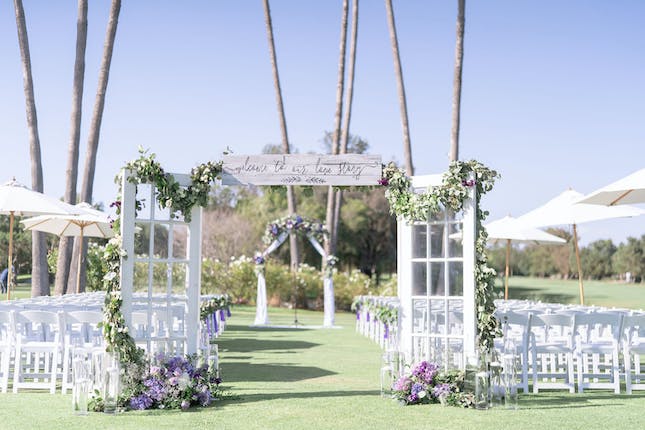 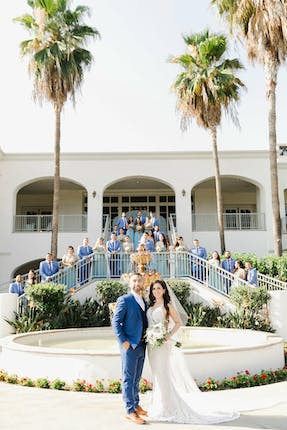 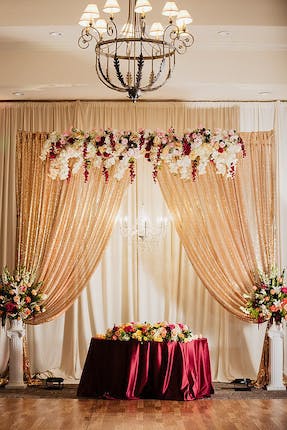 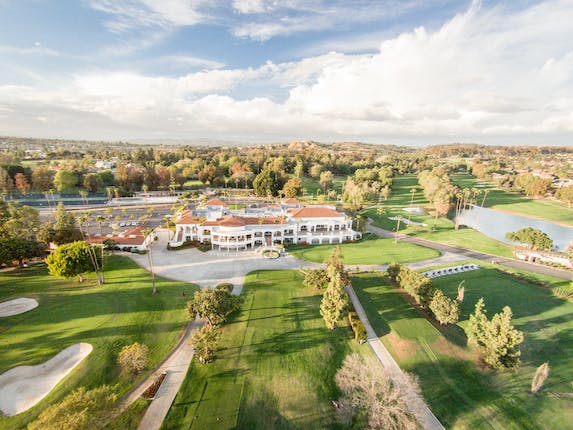 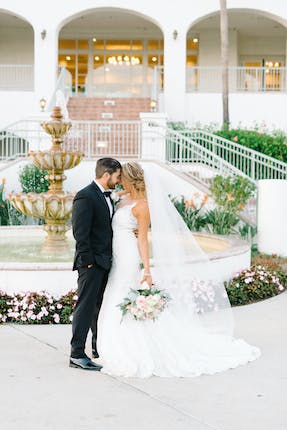 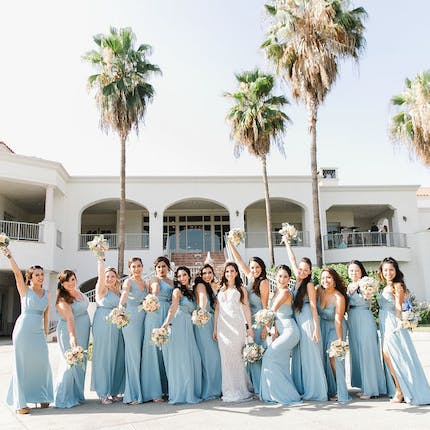 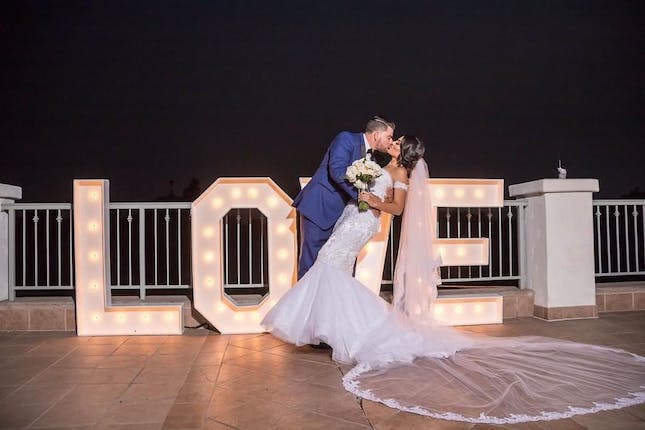 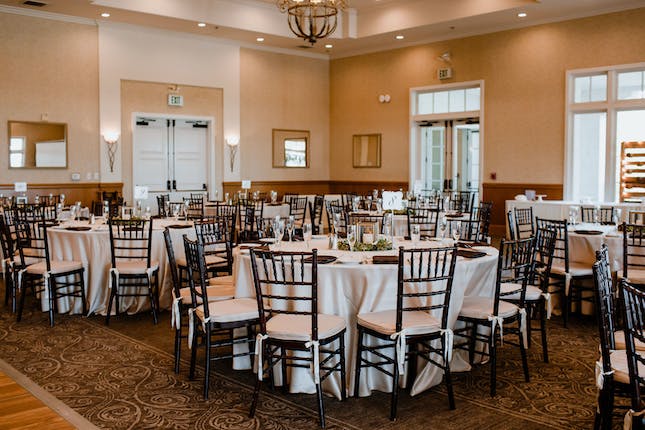 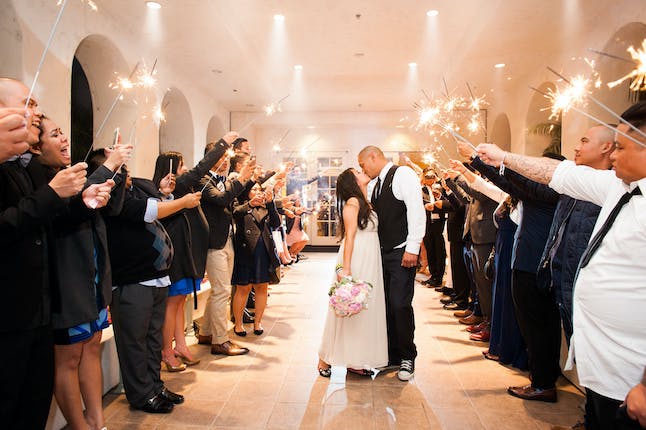 We'd love it if you would mention that you found Los Coyotes Country Club on the Here Comes The Guide website.

The two things people ooh and aah the most about at Los Coyotes Country Club are the food and the facility's good looks. The Executive Chef, along with his culinary team, has given this site a reputation for consistently serving gourmet meals. And the club's Mission-style architecture—with its tiled roofs, arched colonnades and beautiful vantage atop a small hill—is a bragging point among regulars.

But there's a third thing to tout here, and it may be just as important as the other two: the view. It's particularly striking from the grand flagstone-paved terrace along one side of the clubhouse. Here, you look out over a putting green and beyond toward three long verdant fairways, each separated from the others by lines of mature trees. And while you're gazing off at those fairways—even though you know there are millions of people and all the trappings of modern civilization within a few miles of where you stand—you'd swear the green earth goes on forever. The sense of being away from the Southland's pressure-cooker environment is both palpable and soothing.

The terrace, part of which is shaded under an archway, adjoins a spacious ballroom featuring an 18-foot-high ceiling, six-lamp chandeliers, and beautiful wall sconces. The terrace-facing side of the ballroom, as well as another side that looks out onto a small manmade lake, are lined with picture windows and French doors. The room can be divided into three sections, but most couples decide to reserve the entire space. They love this ballroom's drama—it looks impressive (because of its height) and inviting (thanks to its big, sun-loving windows) at the same time.

Los Coyotes' lush setting inspires many al fresco ceremonies and offers two options for exchanging vows: The Lakeside Ceremony Site, bordered by a tranquil lake on one side and a large putting green on another, provides the quintessential golf course experience. The Terrace affords the convenience of saying "I do" and then stepping right into the ballroom for the reception. During those rare times when the weather is inclement, or for smaller parties seeking an indoor setting, the Cypress Palm Room, with its French door-framed view of the lake, is popular.

Located down the hall from the ballroom, the bride's dressing room is a posh extension of Los Coyotes' stylish décor. It's nicely appointed with an oversized oak-trimmed vanity mirror, a sink, a large closet and a wall mirror.

Even the drive up to Los Coyotes has appealing touches: The curving road sweeps through a well-landscaped neighborhood of large ranch-style houses, and the tall palms along the median strip evoke an almost resort-like feel. When you reach the club, the banquet room's dramatic porte-cochère entrance only reinforces that feeling of refinement. Ah, if a day can unfold so agreeably just getting to Los Coyotes, you can be confident it will continue that way long after you've arrived.

EVENT/RECEPTION & MEETING CAPACITY: The Ballroom holds 350 seated with a dance floor or 500 standing guests. Outdoors, the Terrace accommodates up to 150 seated or 400 standing.

Alcohol: in-house
Smoking: outdoors only
Music: amplified OK
Wheelchair Access: yes
Insurance: not required
Other: no open flames or confetti, no affixing anything to the walls or ceiling

We play nice. We promise never to share your info with anyone except Los Coyotes Country Club.

Thanks! Your email to Los Coyotes Country Club is on its way!