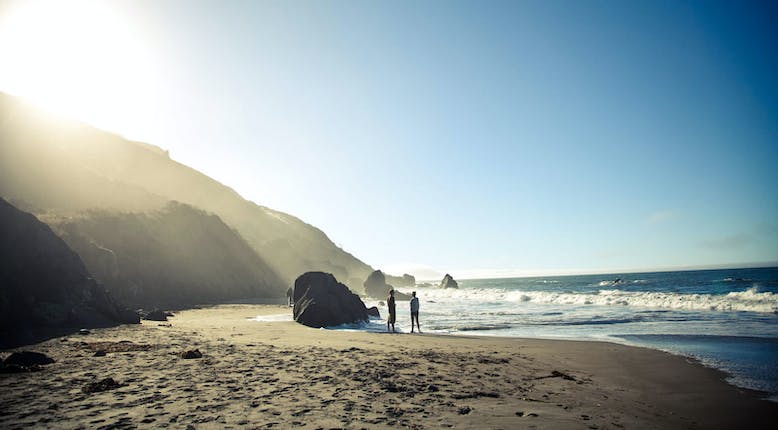 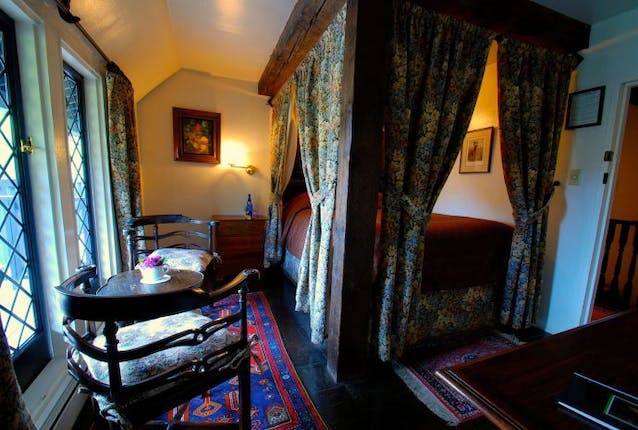 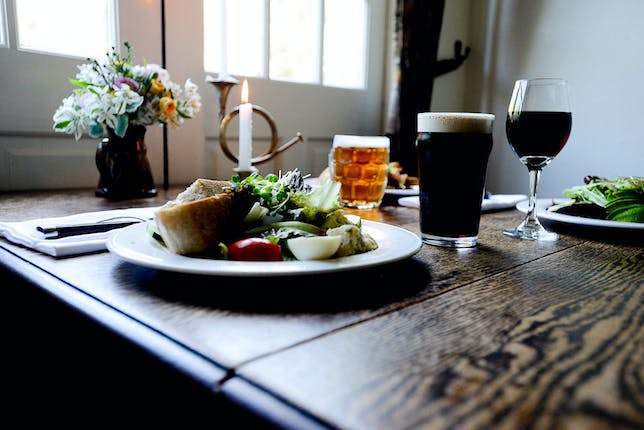 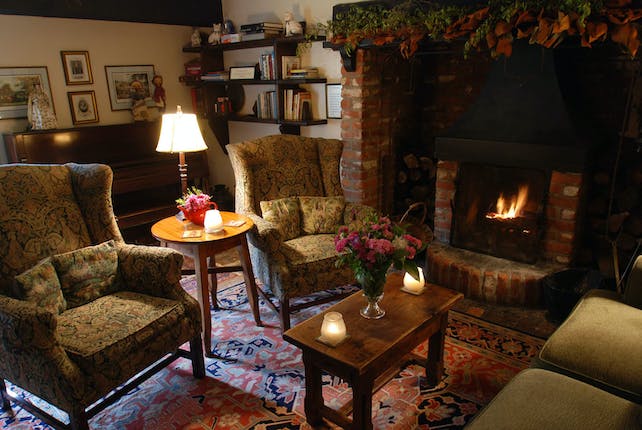 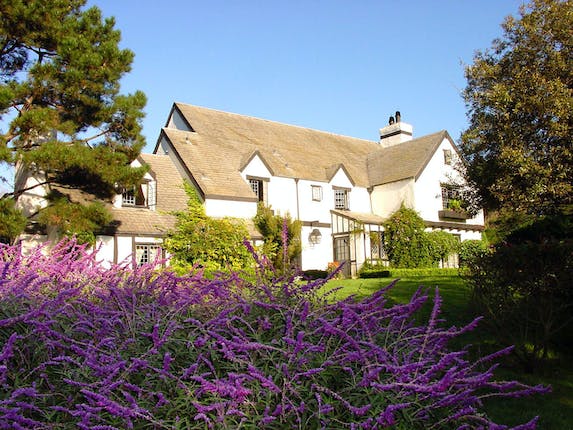 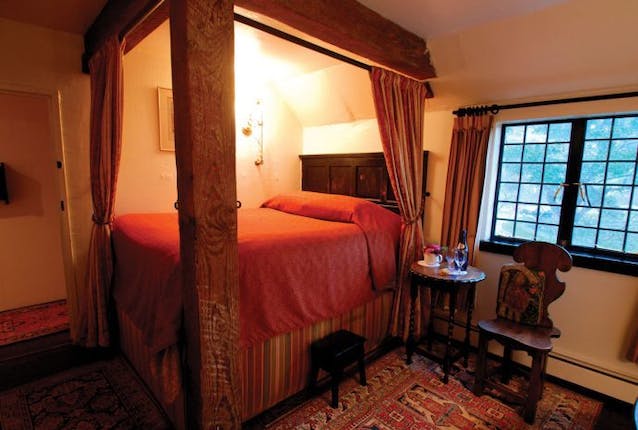 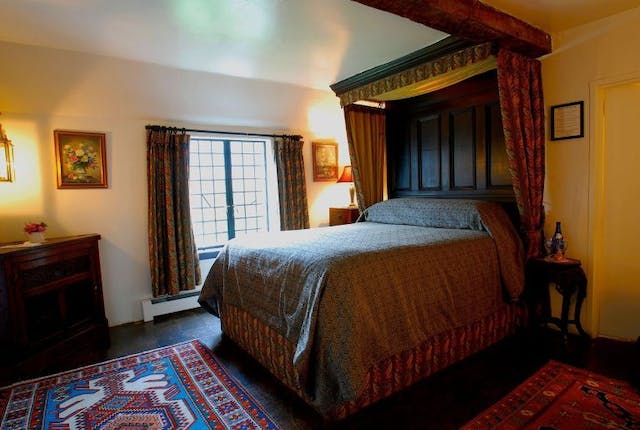 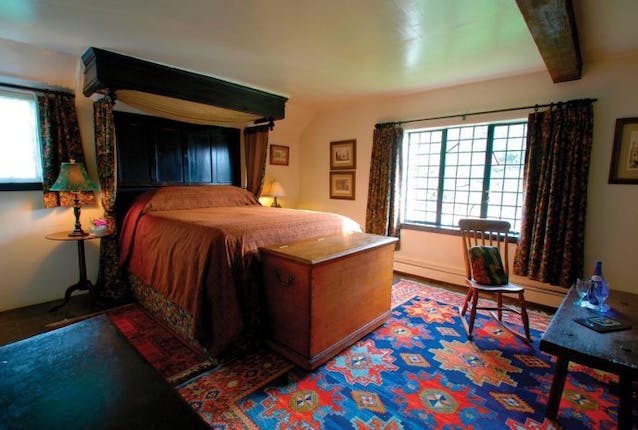 We'd love it if you would mention that you found Pelican Inn on the Here Comes The Guide website.

The two-story Tudor-style inn, made of rough-hewn timbers and stucco, is patterned after Shakespearean-era country inns. Set in West Marin’s rolling, chaparral-covered hills, which look like the heather and gorse-swathed hills of Britain, the inn seems an apparition from the English countryside. Vines grow up the chimney and first story, and there are flower boxes on the second-story windows. There’s not a straight line in the place. Nooks, crannies and twists are everywhere, and stairways run hither and yon. Memorabilia and bric-a-brac from 400 years of British history adorn all the walls: entering here is like walking into a favorite old story from childhood.

All the guestrooms, different from one another, feature queen beds, bathrooms, and little sitting spaces that seem designed for wine and conversation. The period construction details are authentic, including short doors, odd door widths, late medieval-style hinges, timbers and floor planks. Room Seven, atop a flight of stairs, has a king-size bed, bookcase, dormer window with a seat, and the only bathtub in the place. Great little touches abound: one room’s ceiling beam was recycled from another building, probably a barn. The beam has scores of names and initials carved on it over the years by lovers.

The Pelican Inn’s restaurant’s constantly updated menu has a wide range of options including vegetarian, British, continental and California-style dishes. A superb selection of British brews and California wines is also available.

No spa services on site

20 Minutes from Golden Gate Bridge. The hotel is located a short walk from a beautiful Northern California beach, Muir Beach,
and a few minutes drive from Muir Woods National Park.

The Pelican’s produce is organic and in season comes from its next-door neighbor, the Green Gulch Zen Center.

Room rates range $190–275 a night. Rooms are priced according to their size.

This venue is so versatile!

We play nice. We promise never to share your info with anyone except Pelican Inn.

Thanks! Your email to Pelican Inn is on its way!