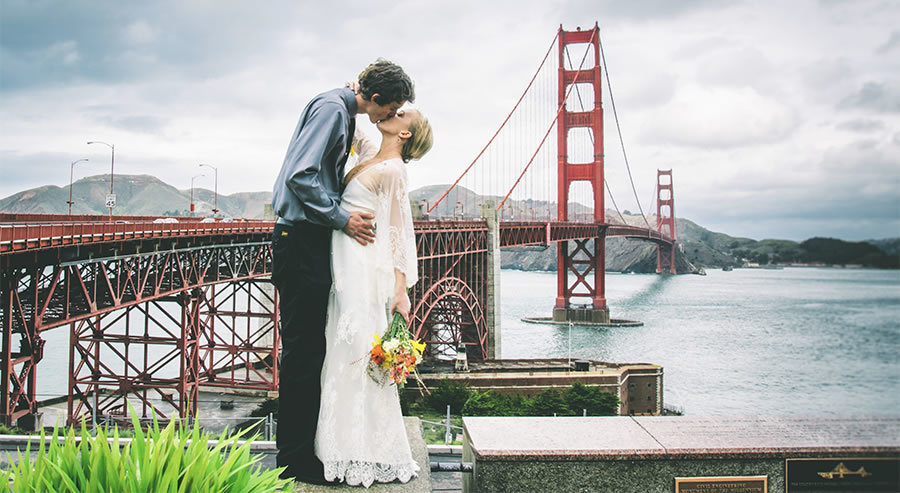 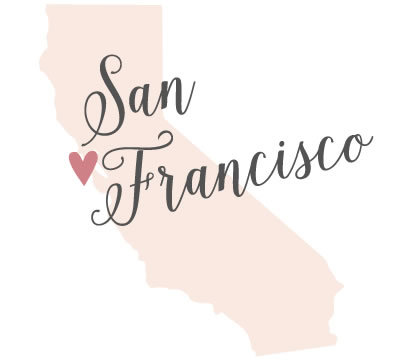 What's not to love about a wedding in San Francisco? The home of charming cable cars, diverse neighborhoods, hilly views, foggy days, Beach Blanket Babylon, and Rice-A-Roni—this city is as eclectic as it is historic. You could literally have a bucket list dedicated entirely to San Francisco—but we think getting married here is an awesome way to start.

This 7-square-mile urban mecca boasts over 220 parks and is built on over 50 hills!

Tying the knot in Fog City? Check out some of San Francisco's Best Wedding Venues! 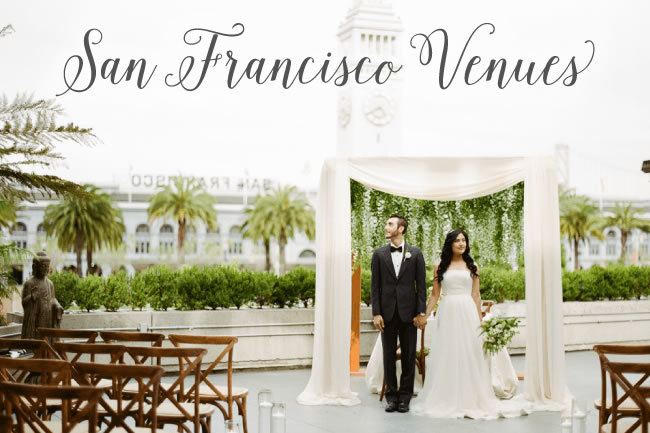 1 } The City by the Bay truly has it all. From iconic ocean views (think Golden Gate Bridge and Alcatraz) and roller-coaster hills to its harmonious mix of urban and park landscapes, San Francisco is as diverse as a city gets. Not to mention the myriad of wedding venue options! Whether you want a gorgeous rooftop terrace, a historic ballroom, or an industrial loft, San Francisco will surely have a place to fit your vision.

2 } San Francisco is the quintessential melting pot. From its food to its attractions to its people, San Francisco is one of the most culturally-diverse and all-embracing cities in the world. What better way to celebrate love than in a city that supports all relationships, religions, and backgrounds?

3 } Tony never sang a song about leaving his heart in L.A.! Between the 25,000 twinkling lights on the Bay Bridge and the towering outdoor sculpture Cupid's Span, this city screams—no, sweetly serenades—romance. It's the perfect wedding destination—and the ideal getaway for subsequent anniversary celebrations.

4 } San Francisco makes for a mean after-party. Whether you're into live music, dive bars, swanky nightclubs, or theatrical productions, there's no shortage of activities and entertainment for you and your guests to enjoy.

5 } San Francisco is always ready for a close-up. From historic neighborhoods, to the mile-long shoreline of Baker Beach, to the magnificent oasis of Golden Gate Park, and even hilly views from a Powell-Hyde cable car ride, your wedding photos will be as scenic as San Francisco itself.

In the state of California, couples may apply for a marriage license at any County Clerk's office. Both you and your fiancé must appear together for your appointment. You'll have to provide your photo IDs, a marriage application form, a certified divorce certificate if your last marriage ended within 90 days, and payment.

The fee for a California marriage license is $104. A ceremony must occur within 90 days from the date the license is issued. When you apply, one or both parties may elect to change your middle and/or last names—so be sure to make that all-important decision in advance!

Your wedding ceremony may take place anywhere in the State of California, in the presence of at least one witness. Your marriage license must be signed by your officiant, who is responsible for returning the license to the County Clerk within 10 days of your ceremony.

BOOM. Your marriage is legal. 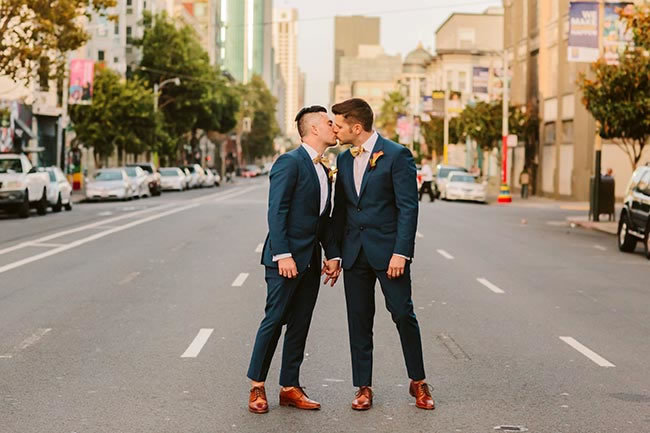 Besides the holidays, you'll want to be aware of these popular annual events if you're hosting your wedding in San Francisco:

Also, keep your eye on the San Francisco Giants schedule. Their stadium, AT&T Park, is close to the freeway, so when there's a game happening many fans crowd public transportation and the Bay Bridge heading into the city. Warn your guests to leave extra travel time if your wedding is on a game day.

Yes, parking can be a bear, but San Francisco has an abundance of convenient public transportation. Between BART (Bay Area Rapid Transit), Muni buses, taxis, and trolleys—plus Uber and Lyft—you should have no problem navigating the city. 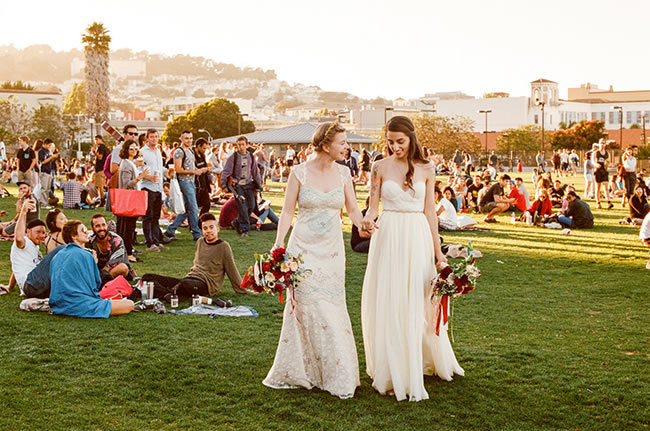 Though there's a constant debate over exactly how many neighborhoods make up San Francisco, one thing is clear—each of the major SF neighborhoods has a distinct style all its own. Here are just a few of our faves:

Is your heart in San Francisco? Find wedding venues and vendors in The City by the Bay.

Are we friends yet? Join MyGuide for more goodness!

Some clients may have paid to be placed in our editorial and some of these links may be affiliate; however, we never include a venue, vendor, or product unless they have a proper place here. This is part of our Core Values. We create our website first and foremost to be good for the couples using it to plan their Big Day. We won't stray from that for a few advertising dollars. #scoutshonor